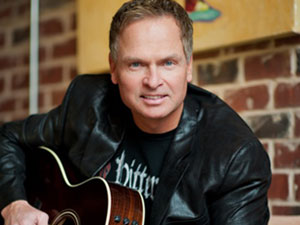 First, we are delighted that Tim James is a believer in Gallagher Guitars and will be playing a new Ragtime Special on stage.  Second, Tim is a great guy who, as a Murfreesboro resident, wants to be an advocate for Gallagher.

Tim grew up in Murfreesboro, TN and often speaks of the lessons he learned from his father, who was a local business owner, as well as the ethos of a local community.  He has shown himself to be a good friend to many and gives of himself such as with his benefit concerts for local causes.

Tim was having success as a pharmaceutical salesman in Los Angeles, CA when he left that behind to pursue his true love, music and songwriting.  Tim is the co-writer of the 5-week #1 song “My List” by Toby Keith, and George Strait’s 60th #1 hit, “Give It All We Got Tonight,” the 2010 Billboard song of the year, “Love Like Crazy”, sung by Lee Brice and “He’s Mine”, which was recorded by both Billy Ray Cyrus and Rodney Atkins. “All I Ask For Anymore” was nominated for a Grammy Award for Best Country Song in 2010.  Tim penned the Trace Adkins single “All I Ask For Anymore,” which was nominated for a GRAMMY Award for Best Country Song of 2009.  He has had over 40 major label cuts by artists such as Alabama, Darius Rucker, Craig Morgan, Chris Young, Montgomery Gentry, Lee Ann Womack, Joe Nichols, Buddy Jewel, Josh Turner and contemporary Christian artist Point of Grace.

We are delighted to have Tim as part of the family of Gallagher guitar owners.