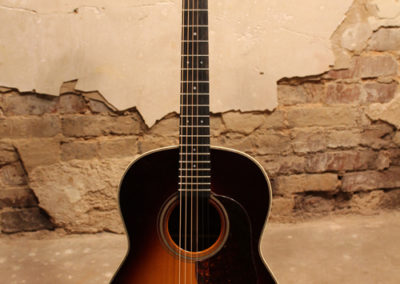 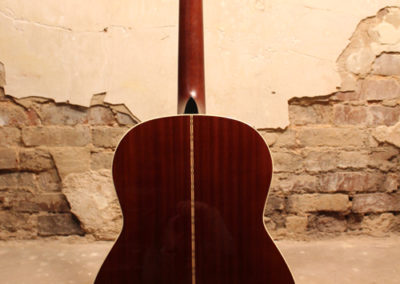 Juan Soria first visited the Gallagher shop in July 2016. Less than two months later, a Gallagher guitar became one of the singer-songwriter’s main touring instruments. Juan discovered Gallagher Guitar serendipitously while playing a gig in Harlem, New York. Juan was part of a line-up that included the Tennessee-based band Reed Turchi and the Caterwauls. Playing electric guitar for the Caterwauls was Joey Fletcher, a long-time friend of the shop and electric Gallagher player.

“The first note that he played during sound check caught my attention,” says Juan, of Joey’s guitar. Joey introduced Juan to his Gallagher, and a few months later, brought him to visit the shop. Juan played every guitar on the premises. “There was one that stood out to me,” he says. “I played it and fell in love.”

“My main reason for wanting to play a Gallagher, aside from the sound and quality, is the fact that they are handmade and each instrument is unique. I think a guitar is an extension of your body, and my Gallagher fit with me in such a manner.”

A native of Argentina, Juan currently lives in Brooklyn, New York, and regularly tours throughout the U.S. and abroad. He performs folk/rock songs in both English and Spanish. Juan’s Gallagher guitar is a SG-50 model with a rare sunburst finish. It has mahogany back and sides and a spruce top.

Juan started playing guitar when he was eight years old. The Rolling Stones played in Argentina that year; when Juan watched their concert live on public television, he knew he wanted to play guitar like Keith Richards. He studied guitar for seven years with renowned Argentine guitarist Pino Marrone. Juan credits Marrone with his ability to “see the guitar as not only an instrument, but as an orchestra.” Juan cites Joe Satriani, John Lennon, Dave Matthews, and Gustavo Cerati – among many others – as some of his major musical influences.

Juan’s first album, Erase una vez (“Once upon a time”), was produced by Tweety Gonzalez and released in 2016. He is currently recording a new album, Out of my element, an all-acoustic venture set to drop later this year.

Juan is touring in Montana and Alaska this summer, and in Argentina and Europe in the fall. 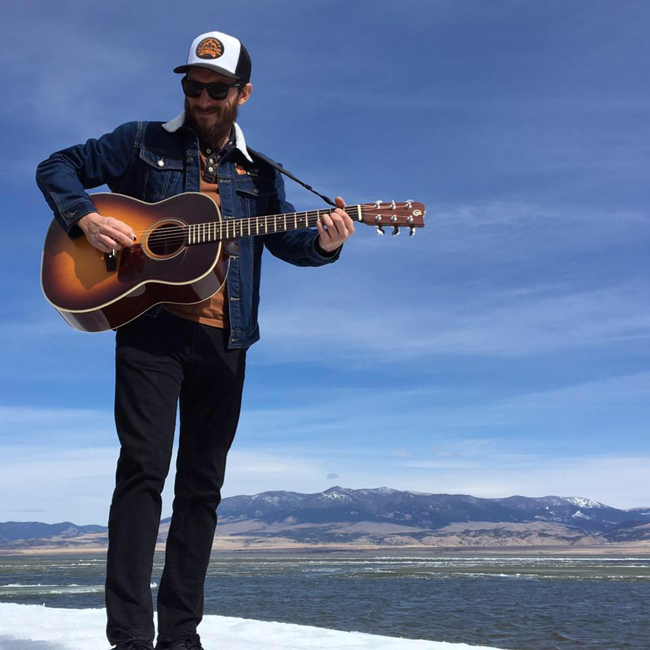